The Co-operative Bank of Kenya recorded 56% pre-tax growth in the first quarter of 2022 compared to the same period last year.

In a statement dated Thursday, May 26, the bank reported a pre-tax profit of Ksh 7.78 billion, a positive variance from that of the first quarter of 2021 which stood at Ksh 4.98 billion. .

This represents a strong after-tax profit of Ksh 5.8 billion compared to Ksh 3.5 billion reported in 2021, representing a return on equity of 23.8% for shareholders.

According to the bank, this achievement was in line with its strategy with the highest growth recorded in the bank’s investments in government securities which reached Ksh 183.4 billion, an increase of 10% from Ksh 166.2 billion. of Ksh made in 2021.

The institution also saw growth in total assets to Ksh597.0 billion from Ksh552.9 billion in the same period last year, while net loans and advances increased to Ksh324.5 billion. Ksh against 298.2 billion Ksh.

Client deposits also increased to Ksh 410.8 billion, an increase of 4% from Ksh 393.8 billion, while external funds from development partners stood at Ksh 43.3 billion. Ksh against 46.9 billion Ksh in 2021.

“The Group prudently provided Ksh 1.5 billion compared to Ksh 2.3 billion provided in 2021, indicating an improvement in the quality of our asset portfolio as businesses and households continue to recover. the impact of the Covid-19 pandemic,” the statement read in part.

The bank also reported that its gross non-performing loan (NPL) portfolio fell 5% from a year ago, with its NPL ratio improving to 13.3% from 15.2% in a similar period l ‘last year.

Co-op Bank has also established a strong digital footprint and succeeded in migrating its customers to omnichannel, integrating accessibility and user experience.

“Our omnichannel interfaces with online banking via personal computers, mobile phones and USSD offer our services to all customers through their preferred channel while maintaining the same experience wherever they are,” the statement added. .

More than 151,500 customers signed up for the MSME packages that Co-op Bank rolled out in 2018 and 23,363 have since been trained in business management skills. 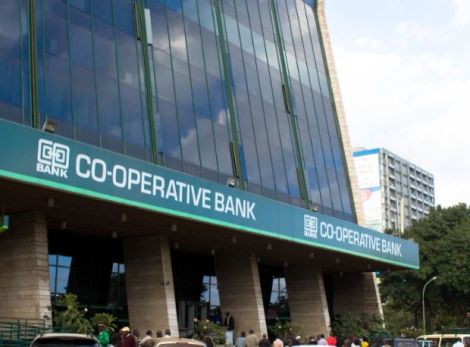 Headquarters of the Co-operative Bank in Nairobi CBD.